The Habits and Customs and Interclub history 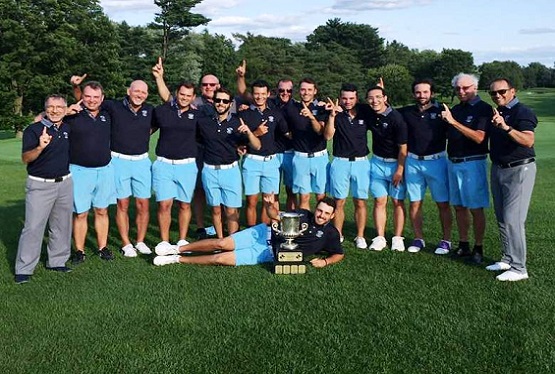 The Interclub is one of golf’s oldest competitions dating back to the end of the 19th century while the annual meeting opposed the Royal Quebec and Royal Montreal clubs. It was the inspiration for many similar competitions around the world. The first interclub took place in 1876 at the Cove Fields course in the region of Quebec (part of the Plains of Abraham adjoining the Citadel that stretched to the Martello Tower). Quebec City defeated Montreal after 12 holes. The first inter-provincial competition was also held when Royal Ottawa met with Royal Montreal.

From the beginning of the last century, new clubs were added, and the interest grew. So much so, that over the years, in group 1 alone, Royal Montreal has won the title 31 times, followed by Kanawaki with 20 wins.

Beyond these numbers, the main reason for the interclub has remained the same: to be a healthy and respectful competition and especially a unique opportunity to meet golf friends from other clubs once a year.

The Habits and Customs

They submit to the rules of the Regional Association of Montreal.

They honor the sportsmanship between opponents.

They act in all circumstances, as Gentleman.

Of the Host clubs:

They offer complimentary green fees for the competition as well as practice rounds for each participating team.

Like the tradition of this event, they host with pride and respect.

They organize a reception, at their convenience, for the festive celebration of the honors of the day, thus resulting in a memorable souvenir for the participants.

It is organized annually by a council of volunteers.

For more than 30 years, it has taken place on fixed and predetermined days.

Its purpose is a competitive meet, in a friendly atmosphere.

Finally, respecting all Habits and Customs, the participants, whoever they may be, have the greatest task, that of preserving as best as possible the values that have always made this competition a success through the years, that is to say:

Generosity, Gratitude. Humility, but above all, Friendship.